Hear the Cuban people speak: On the release of the Cuban 5; On US-Cuba relations; On Obama’s role; On the ongoing blockade and the UN General Assembly resolution against it; On the role of the capitalist media; on North Korea.

Cde Jorge Luis Garcia, Councillor of the Cuban Embassy, speaks to a packed meeting organised by the CPGB-ML to mark the 62nd anniversary of the storming of the Moncada barracks and the victory of the Korean people over the aggressive invasion and occupation of their country in 1953.

Cde Jorge points out that this year has seen some changes in Cuba’s position. He thanks the CPGB-ML and British progressive workers for their support in pressurising the US government to release the Cuban 5, and the meeting celebrated the fact of their release and their world tour to meet progressive peoples and governments in Africa and Latin America. 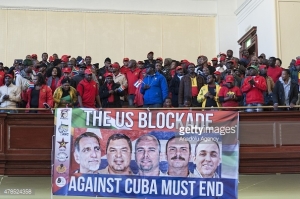 The Cuban representative also notes that while there is a thawing of relations, and re-establishment of dialogue with the USA, the Obama administration remains the 11th successive US regime that seeks to overthrow the Cuban revolutionary government, and still maintains the illegal blockade, despite the overwhelming world sentiment, often expressed at the UN, that it must end this criminal action.

Our chief demand must be to demand the lifting of the Blockade, and the removal of US troops from the illegally occupied part of Cuba, and the closing of USA’s torture camp, naval and military base at Guantanamo Bay. 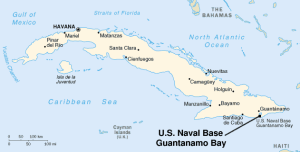 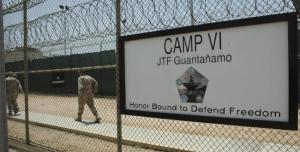 The meeting was packed with supporters and party comrades of the CPGB-ML, who were also addressed by representatives of the Korean and Venezuelan governments and peoples, and Keith Bennett, as the principle speaker for the party.

All of the speakers contributions will shortly be made available.

Workers of all countries unite – we have nothing to loose but our chains; we have a world to win!

Subscribe! Donate! Join us in building a bright future for humanity!