No Gulf war! No war with Iran! 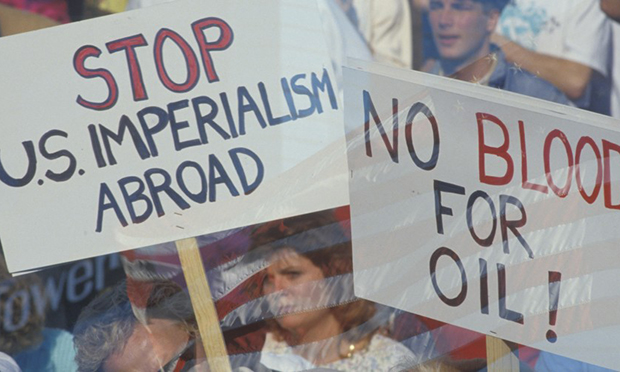 No Gulf War was created in response to the US and Britain’s attempts to start yet another conflict in the middle east, this time with Iran.

Such reckless enthusiasm for the certain death and displacement of many millions of people is not in the interests of the British people, nor the rest of humanity.

It is no exaggeration to say that the blatant provocations from the US and Britain, whether in the form of sanctions, assassinations, or propaganda, could lead to World War 3.

Join us to say no to yet another war that will bring nothing but misery to the world!

Organised by No Gulf War – Britain out of the middle east!