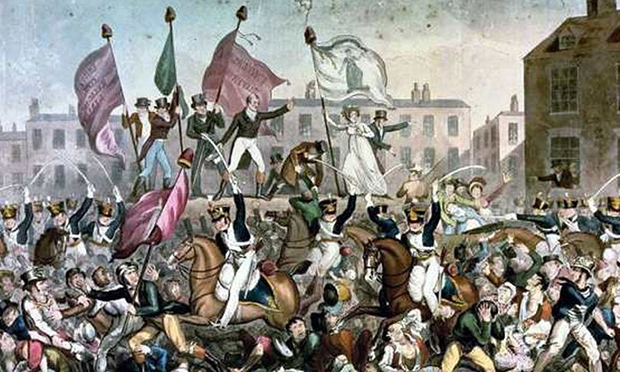 Two hundred years on from an infamous attack on unarmed protesters, known as the ‘Peterloo massacre’ (in Manchester on 16 August 1819), Kathy Sharp will give a talk on that event, its causes and effects, and the early years of the struggle for the working-class franchise in Britain.