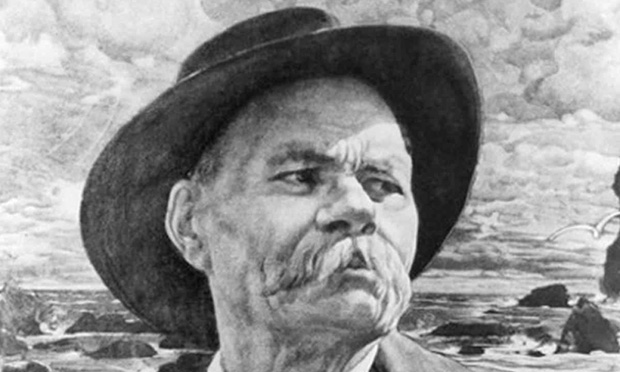 ‘From Pushkin to Gorky’ is how Lenin summed up Russian literature, and that will be the overall theme of this talk, given in celebration of 150 years since the birth of Maxim Gorky.

Building upon the literary inheritance of Pushkin and Gogol, blessed with an intimate knowledge of the life of the poor and fired with a burning hatred for the autocracy and capitalism, Maxim Gorky was the spokesman for the movement that became known as socialist realism in the arts.

The great advances which Stalin’s USSR made in terms of economics were matched by similar leaps in culture. Touching upon this period, and the characters who shaped it, this talk will look at the role of Maxim Gorky in particular in developing proletarian art.

“The Soviet Union marks the beginning and the progressive advance in the construction of the first socialist state in the world. It is hard to extirpate the habits, prejudices, and superstitions inbred in people by ages, but this work of letting in the light and the air on the survivals of the old, dismal past is going ahead, and we can already say that there is no corner of the Soviet Union where the revolutionary spirit of the new history has not penetrated.” – Maxim Gorky

A presentation to the Stalin Society by Comrade Paul Cannon, followed by discussion.